Serena Cook’s Deliciously Sorted is the concierge and events company for the A list in Ibiza. She is a self proclaimed “manager of expectations” on an island where guidance and insider knowledge are essential.

The company won Best European Business in 2015, she was the exclusive agent for David and Cathy Guetta’s Villa Titanium, (top 10 villas in the world, Forbes List), before it became a private home, she has written Ibiza columns for Tatler, Pacha and Ibiza Style, owns Casa Delicious, contributed to the Ibiza coffee table book Outstanding 100 and launched Assouline’s ‘Ibiza Bohemia’. She owns sister companies Deliciously Sorted Villas, Deliciously Sorted Events, Deliciously Sorted Boats, Deliciously Sorted Mallorca and has a separate production company for luxury brand fashion shoots. In 2008 she co-founded the Ibiza Preservation Fund which celebrates its 12th anniversary this year and has raised over 1.5 million euros together with local partners to preserve the islands' exceptional beauty and natural value.

When Johnny Depp wants a massage, Mick Jagger wants a villa, Riccardo Tisci is planning his 40th birthday, Michael Fassbender and Alicia Vikander are planning their wedding they dial Serena’s digits first. “I was in the right place at the right time and saw the niche”, she modestly explains. In the 18th season of Deliciously Sorted she draws on a wealth of global experience and a 21-year love affair with Ibiza. Clients sign up to a weekly package but as Serena says whether they are spending 20,000 euros or 200,000 euros we want them to have a VIP time.”

Her background is in the restaurant world, (hence the Deliciously…) From the ages of 20 - 23 she owned and ran Odeon, a Mediterranean restaurant in Bogota, Colombia. When the politics got nasty she returned to London working for Oliver Peyton in the events team at The Atlantic and front of house at Coast. At 25 she opened England’s first certified organic cafe in London with Sheherazade and Zac Goldsmith. When close pal Jade Jagger suggested a summer in Ibiza, Serena seized an opportunity that sent her career snowballing. While sorting sumptuous spreads she discovered her guests had a wealth of requirements from the obvious to the outlandish. Now she has jaw dropping villas, rock star venues, chefs, drivers, masseurs, beauticians, hosts, butlers, waitresses, djs, and much more on her ever-expanding books. She subcontracts to over 400 suppliers a summer and her in-house office team is 20 highly professional experts. Serena is a taste maker, an influencer, a trail blazer who can deliciously sort just about anything.”

“For a visit to the island of Ibiza make sure the telephone number of Serena Cook is tattooed to your arm.”
Tatler 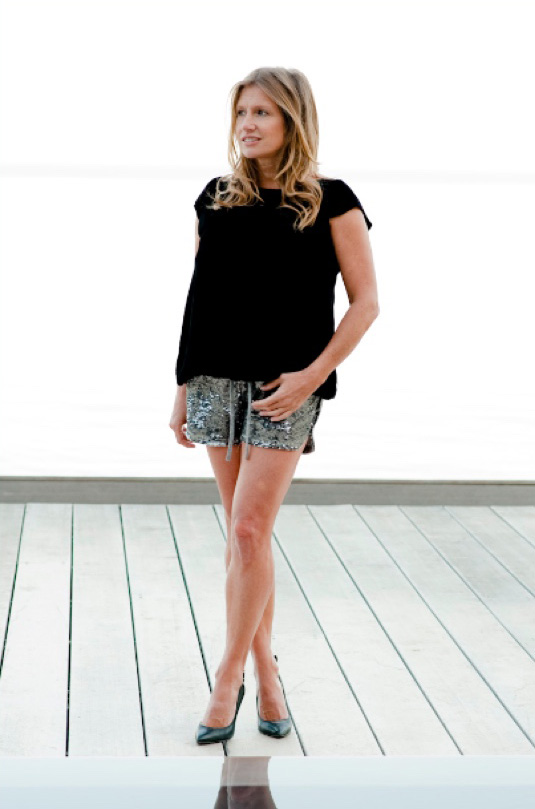